Here are a few of the advertisements Winfield Arms ran in shooting magazines in the late 1950's and early 1960's. These are all from the NRA's American Rifle magazine. Note the prices which they sold for which in those days was quite expensive for a military surplus firearm, but a give away by todays prices. A time machine and a few thousand dollars would be nice wouldn't it?!! The standard military configuration is cheaper than the sporterized Winfield update version. Today the prices are reversed as the military specification versions are keenly sought by collectors. 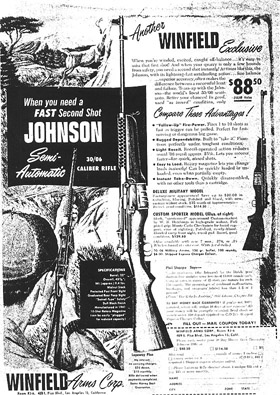 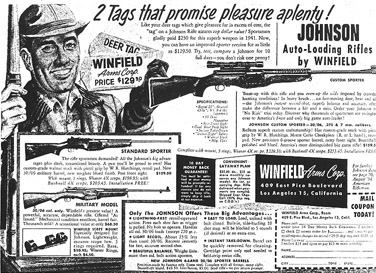 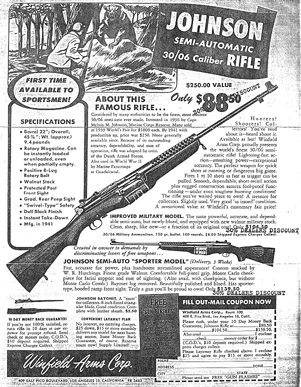