Melvin Maynard Johnson Jr. was born in August of 1909 into an affluent Boston, Massachusetts family. His father was a well known University Professer, College President, author and also the Grand Master of the Grand Lodge of Master Masons of Massachussetts. From an early age he drew a fascination from firearms and how they were designed. He attended Noble and Greenough School and then Harvard Law School, from where he graduated in 1934, practicing law in Boston until 1939. He also taught Law at Harvard for a short time. He married the famous U.S. Tennis star Virginia Bingham Rice and had three sons, Melvin M. 3rd., Edward R., Byron B., and a daughter Gail V. Johnson.

Commissioned into the Marine Corps Reserve in 1933 as a Second Lieutenant. During this time he attended various Marine Corps firearms schools and courses including those held in Quantico, Virginia.

He was posted as the Corps' observer at the Springfield Armory, reporting on the Garand and Pederson trials being held there. Not being impressed by either design he designed a retarded blowback operated rifle in 1935. Johnson held four U.S. Patents on various design features used in his rifle.

He set up the Johnson Automatics Trust in Brookline, Mass., with the aid of his father, then moving to the India Building , located at 84 State Street in Boston. This building is located opposite the Boston Stock Exchange. The Trust, later Johnson Automatics Inc. found production facilities first at the Taft Peirce plant and then in Cranston, both situated in Rhode Island. The model '41 rifles were manufactured under the "Cranston Arms Company Inc." name, which was a sub-division of Universal Windings, at whose factory they were made in Cranston.

Johnson also designed the Johnson Light Machine Gun which was issued to US Forces in larger numbers than his rifle, again to specialized army and marine units. Both models of which (the 1941 and the 1944) saw action in all theatres of operation in WW2. 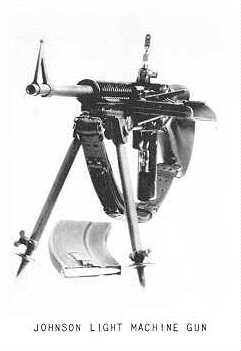 Due to his specilaised work in the area of firearms design the USMC kept him in an inactive capacity throughout WW2 to help the war effort.

After WW2 Johnson diversified his production into the civilian market, converting surplus '41's and making air rifles. In the early fifties Johnson went to work for Winchester's as a designer and advisor to John Olin, Winchester's Chairman, but only after he had forced Winchester to purchase his company and its remaining stock. Johnson Also had his custom shop located in Hope Valley, Rhode Island where he made custom conversions of surplus bolt action rifles into 'state of the art' hunting rifles by converting them to .270 or other high power chambers.

He rose to the rank of Colonel after transferring from Marine Corps Reserve to the Army Ordnance Corps Reserve in 1949. In 1951 he was appointed as weapons consultant to the Secretary of Defense. 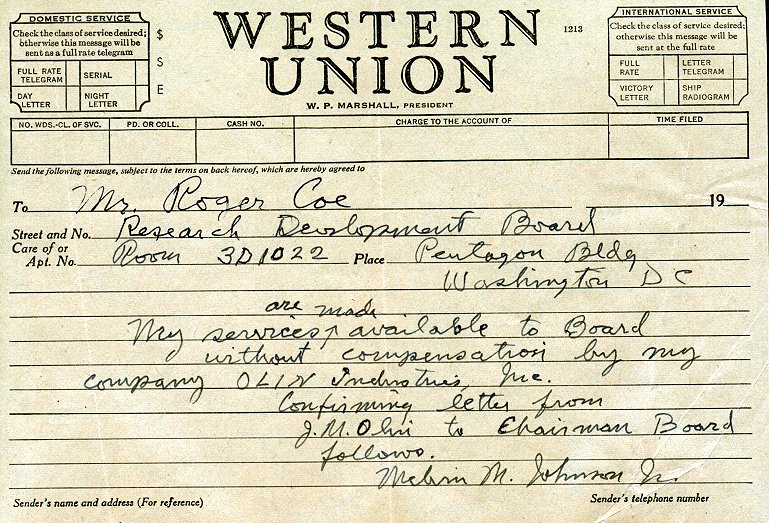 He died in 1965 of a sudden heart attack, whilst on a business trip in New York City and is buried in Mt. Auburn Cemetery, Cambridge, Mass. The location of the grave is indicated on the map below. If you visit please remember that this is a graveyard and respect other peoples burial site!

Victor O. Jones of the Boston Globe described him in an editorial shortly after his death "He (Johnson) was in direct descent from the old - time yankee inventors who played such an important part in the industrial revolution." The obituary from The Boston Globe newspaper (left) pays tribute to many of Melvin Johnsons wide variety of accomplishments and achievements.

The obituary from The Boston Globe newspaper (left) pays tribute to many of Melvin Johnsons wide variety of accomplishments and achievements.


As did the one in the NRA's 'American Rifleman' Magazine of March 1965 (Right).