Universal Windings Company was formed in the 1893 by Joseph Leeson to manufacture machinery to put yarn onto patented bobbins designed by himself. They moved to Cranston, Rhode Island in 1914, building a large manufacturing facility there. The company trademark was the "Leesona" brand machines and bobbins.

Initially concentrating on machinery for the textile industry they adapted their machinery to be able to make electrical windings for such items as radios and electic motors.

(left) The No. 60 Winding Machine is typical of the kinds of products made by Univerasal Windings. This machine was used for doubling multi-end packages of cotton, woollen or worsted yarns.

hand - grenades which were produced in the foundry. These Government contracts continued after the war period and included making items such as radios, aircraft undercarriages, parachutes and weapons parts.


The heavy engineering and foundry capabilities all to be found on one site, plus experience working for the Ordnance Dept. attracted Johnson Automatics in 1940 to use Universal Windings and their "Cranston Arms" subsidiary as their production facility. 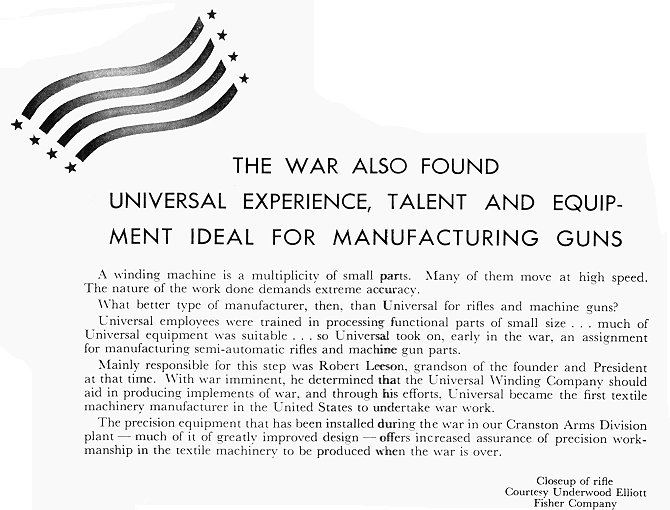 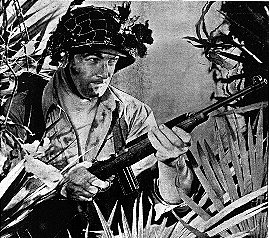 The above text and photograph from page 10 "Winding - 50 years of Progress" - Universal Windings Co. 1943